Step three (of three) for influencing a skeptical audience 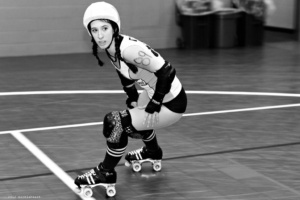 This week, I’m coming back to the topic of influencing a skeptical audience, with the awaited third (of three) steps. All the steps are effective when you implement them not as manipulative tactics, but as sometimes-paradoxical practices that build trust.

So far, I’ve written about the first two steps, which are particularly mind-bendy:

Step 1: Put your “worst foot” forward. In short, embrace key lessons from The Sarick Effect and therefore lead with the “negative stuff” (like the cons of your idea) because it has numerous curious results: (1) it’s disarming, (2) it creates allies by giving the doubting Thomases a problem to solve, (3) it makes you look smart, and (4) it actually builds your credibility.

Step 2: Acknowledge—and even amplify—the negative stuff. I love Step 2 almost as much as Step 1 because on some level, it too just seems wrong and yet it’s actually so right. What I mean by “acknowledge” is to find a way to say that others’ negative reactions make a certain kind of sense—even if you disagree. What I mean by “amplify” is to build on their skepticism/resistance/negativity. As in, actually add to their reasons why not. (Madness!)

And now for … drumroll … Step 3: Pivot to your point of view. If you’ve been anxiously awaiting the “all clear” to make your compelling case already, the moment has happily arrived. Yes, there is absolutely a time and place to bring your perspective(s) into the exchange. It’s merely a matter of how and when.

When can you do it effectively? When you’ve sufficiently practiced Step 2 such that your audience is at least willing to hear you out. If you’re not sure whether your timing is right, one simple technique is to ask their permission to go there, as in, “Would you be open to hearing some additional perspectives? I think there’s more to the whole picture.” Then listen carefully—both verbally and non-verbally—to the response and stay with Step 2 until you sense an opening.

How do you do it effectively? In the webinar I led on this topic earlier this year, I highlighted a few different examples of all three steps being masterfully executed, including one from Dan Harris, author of two books on meditation. Note his clever and humorous way of relating to his target audience, which is people who are skeptical about meditation:

(Step 1: Put your “worst foot” forward.) From Dan’s bio: “Dan Harris is a fidgety, skeptical newsman who had a panic attack live on Good Morning America, which led him to something he always thought was ridiculous: meditation.”

(Step 2: Acknowledge—and even amplify—the negative stuff.) Here’s a direct quote from the press release for Dan’s then-new meditation app: “I always assumed meditation was only for people who wear patchouli, collect Cat Stevens records, play ultimate frisbee, and use the word ‘namaste’ without irony. I also thought it would be utterly impossible for somebody like me who has the attention span of a three-month-old golden retriever.”

(Step 3: Pivot to your point of view.) The press release continues: “… but then I saw the scientific research that says meditation can do everything from lowering your blood pressure to boosting your immune system. Despite its PR problem, meditation is actually a simple, secular, and largely scientifically validated exercise for your brain.”

Your style and sense of humor may not match Dan’s, so of course your own approach can and should vary.

Whatever ways you choose to tailor the specifics, remember that staying grounded in your genuine interest in being heard for the betterment of your client’s situation will serve everyone well.

This week, look for an opportunity to apply all three steps when your audience is skeptical. Try it with a client or maybe even with a dubious teenager. How does your own thinking change? What happens in your conversation?

Read about similarly mind-bendy approaches to building your credibility, from our friends at Trusted Advisor Associates, or brush up on the basics about trust and influence in Chapter 3 of The Trusted Advisor Fieldbook.

May the force be with you.