Another reason you might not be hearing from your clients 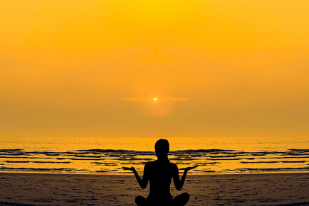 This just in from a former workshop participant, and reprinted with permission. It’s a really great reminder that sometimes the reason we don’t hear back from clients has everything to do with them, and not you.

Amnon Bar-Ilan, a Principal with a global environmental consulting firm, remembers a lesson I regularly teach about lowering “S” (self-orientation) if you feel like you’ve done right by your client with your communications but your client isn’t responding.

The context of the workshop conversation was the aftermath of my favorite business development practice, which is calling a past client just to say hello and find out how they are. This practice naturally evokes worries/fears/concerns when you leave a message and they don’t reply. To which I made this point: Sometimes that’s because they don’t believe your call really had no agenda, but mostly it happens because they’re distracted by stuff in their own lives. (And in both cases, it rarely hurts to try again.)

Amnon described this fascinating series of events with a client as a perfect illustration of my point—this time related to an exchange about a proposal. Amnon writes:

I was just thinking of you, our Trust-Based Business Development class, and your lesson about not making it about you if you don’t hear back from people.

Oh boy do I have a good one.

I have a past client in a city planning department. He contacted me to discuss doing an update to the climate action plan we had done for them. We talked, answered questions, strategized, and came up with a scope. We sent him the scope and he emailed back saying he was concerned about the cost of this update. I got back to him that we were open to discuss what we could do to bring the scope into alignment with his expectations, and …

I tried emailing back several times saying that I was open to discuss. I left him a voicemail at his office number with the same sentiment.

At some point I became convinced that he simply contacted another consultant. What other possible explanation could there be? It was that or he was so taken aback by our cost estimate that he thought we must be gouging him and was disgusted. I was ready to simply throw in the towel. And then I remembered your lesson: 99 times out of a 100 it most likely has nothing to do with you. That’s not an easy lesson to take to heart!

Despite every bone in my body saying that I should pursue this, I let it go.  Either he was offended and found some other consultant to do this cheaper, in which case nothing I did could help, or this had nothing to do with me.

Last week, out of the blue, he contacted me. Eleven months later!

His first email was an abject apology that he hadn’t gotten back to me, but the entire planning department was pulled onto a number of more urgent things and he just couldn’t devote time to the updated plan. I responded saying that it was great to hear from him, and jokingly that I thought I had done something terrible to offend him.  His response: “You could never do anything to offend me.”

It’s just a great lesson in letting go of your ego, and realizing that it isn’t always about you. And he is now interested in getting the plan update going again so looks like the work is back on.

I acknowledged Amnon for putting his concerns that he had offended his client on the table as part of his reply—a way to clear the decks, if you will. As a reward for his candor, Amnon got confirmation that the source of the silence was nothing of the sort, and never would be.

As a side note, I do think it helps to take one last step before you opt to just “be” with this kind of situation, and that is to take the risk of naming the silence. Note this is distinctly different from simply trying again at another time. Faithful readers will recall Charlie Green’s unconventional (and humorous) multiple choice approach to dealing with this kind of awkwardness, which is described here.

But the overall lesson remains: In all cases, your own preoccupation with what you might have done wrong doesn’t help anyone.

Trusted advisorship doesn’t mean you stop caring, just that you stop making it all about you.

This week, consider situations where you haven’t heard back from someone and you’re stewing about it—at least a little. What makes the most sense from a trust-building standpoint: letting it be, trying again, or taking an even bigger risk?

If you haven’t yet watched it, check out the one-minute video on why “Nobody Gives a Damn—Fortunately!” (video #9 of 14) from our friends at Trusted Advisor Associates, or brush up on ways to “Get off your ‘S’” fast in Chapter 21 of The Trusted Advisor Fieldbook.