Some REALLY good news … for many of us 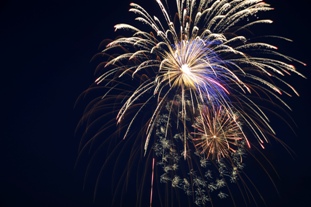 There is a recorded exchange making the rounds right now that is both comedic and poignant. It’s between James Corden, host of The Late Late Show with James Corden, and Olivia Hareman, a writer for the show. I believe its message is so important that I’m basing this week’s tip on it.

How the Exchange Goes Down

Olivia “calls in” to the show that’s in progress, via video, excitedly saying, “James! James! Hi! I have some great news!”

James explains he’s in the middle of talking about “three things we can do” (about racial injustice) and Olivia says, “I know, that’s the great news. You have an amazing tool to help fight structural racism!”

James makes a few misguided guesses as to what it is, and in the process learns that it is sadly not his charisma.

Olivia explains that the tool James has is so powerful that he probably isn’t even aware of it.

“It’s your privilege!” she reveals.

To which James replies, “Let’s pretend, as an exercise, that I don’t know 100% what that means but I do know when I hear it, it makes me feel bad … ”

Olivia then goes on to share some fundamental lessons about White privilege in a way that, as a White person, I find to be beautifully compassionate, unusually accessible, and crystal clear. It’s barely five minutes long, in total.

Why It Matters (Hint: Trust is Personal)

I’m using James and Olivia’s exchange as a jumping off point this week because I feel compelled to join those who can no longer stand NOT to speak out, and because the connections between racial justice and the vast majority of nearly everything I’ve written on trusted advisorship (which is a lot) is finally coming into sharp focus for me.

Take the concept of intimacy, about which I’ve written many times as a critical component of trusted advisor relationships.

Intimacy is all about safety. You may have had extremely productive and even heartfelt conversations with clients or colleagues of different races, where you thought you were respectful and open and sensitive, but where safety still wasn’t created—or wasn’t created to the extent it could have been. Why is that?

The gap likely doesn’t have anything to do with intentions, because I am going to assume you are a good and well-meaning person. The gap is often due to the blind spots that naturally exist when you aren’t conscious of certain things.

For example, safety remains elusive when the person with whom I’m engaging is bracing for a hurtful or demeaning comment. Maybe I’ve never personally said anything that suggests they’re at risk, but they know there’s a high probability of it happening at some point because of their experience of corporate life, and life in general. Or maybe I have said something and didn’t realize it. Either way, the onus is on me to take extra steps if I want to be a true, trusted partner.

Trusted advisorship is and always has been an inside job—even more so when it comes to relationships across race.

Why It Matters to Me

I haven’t publicly talked about race and racism until now even though I am relatively knowledgeable about the basics thanks to grad school. Why? For starters, because I have let the same things stop me in this arena that can be my stumbling blocks in my work relationships. Take my pride in being articulate and polished, which has me avoid anything where I don’t feel confident and masterful. Take my strong desire to be liked, which has me worrying about alienating people by saying the wrong thing. Take my general discomfort with conflict, which has me steering clear of any conversation that might be “charged.”

I’m speaking out now because living in the U.S. in what may be the most defining historical moment in my own lifetime, there is something far more important than any of my own concerns or fears or inertia. I have a long-held commitment to be a stand for masterful work relationships that make space for people’s spirits to come alive. That includes all people’s spirits, not just some people’s spirits. And as a White corporate type, I have a significant part to play when it comes to racial justice. Olivia’s good news isn’t just for James, it’s for me too.

So here I am, wading in.

I hope you’ll at least test the waters with me, especially if you’re White like me, as this is the first in a series of missives that I’m writing specifically for us.

I can understand what may feel like a strong pull to tune out or click away, though I sure hope you won’t. Know that my commitment is to share from a place that is personal not political, compassionate not judgmental, and community-building not polarizing.

Job #1 is Our Own Racial Literacy

A very helpful list of “10 Things White People Can Do to Work for Social Justice” suggests that Job #1 is to educate ourselves.

If you’re like James Corden and you don’t really know what “White privilege” means, or more importantly if the term makes you bristle and want to move on to a more pleasant and “relevant” distractions … I get it.

Please consider staying in the water with me for just a little longer anyway.

And please be kind to yourself in the process, because very few of us grew up learning anything about any of this.

Next to “racism,” this might be one of the most provocative terms for White people in general, but especially for those who are new to this exploration.

The James Corden/Olivia Harewood video does a really nice job of explaining some basic things about White privilege (like, it doesn’t mean you didn’t or don’t have a hard life). It also demonstrates White privilege in action, as well as the power of simply acknowledging that you have it, and in a way that’s free of guilt. We White folk cannot help the color of our skin any more than our Black or Brown colleagues, and getting stuck in White guilt helps no one.

(By the way, I’ve just started reading “White Fragility,” because I figure if the White CEO of American Airlines is going to read it on a flight and make a difference in his everyday interactions as a result, why shouldn’t I? You can dip your own toe in the water by reading the author’s recent interview on CNN.)

Grad school also introduced me to Peggy McIntosh’s work on White privilege, which she refers to as an “invisible weightless knapsack” full of “special provisions … codebooks … tools …” McIntosh, a U.S. scholar and Senior Research Scientist who is White, pointedly explores the daily effects of White privilege in her life with a numbered list of 50 things that she can count on that her African American coworkers, friends, and acquaintances generally cannot.

There’s one example from the list (which is my list, not just hers) that really hit me square between the eyes when I first read it. It may not be the most salient item by far, but it sure opened my eyes wide to something I had simply never seen before: my ability to count on finding Band-Aids in “flesh” color that more or less match my skin. I therefore saw for the first time a world where even the simplest everyday visual cues signal, “You don’t belong” to a significant portion of our population.

While this topic actually isn’t that complicated, it is complex. Engaging requires kindness and compassion (including towards ourselves) as well as a commitment to take responsibility not only for our intentions, but for our impact. As with true trust-based relationships, the path isn’t the comfortable path—certainly not at first. Though it does get easier and better with practice.

As I work to re-educate and further educate myself, and as I experiment with my own ways to effectively speak out, I hope this helps you too.