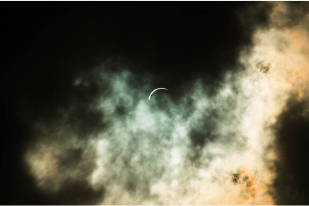 Some of you know I recently led my first women-only workshop on trust-based business development. This has me reflecting on a lot of things, including a cautionary tale from the early days of my consulting career. This Weekly Tip might in fact speak more to women than men, though I have a hunch there’s a good bit of generalized wisdom in it about everyone’s relationship to authority, and how that can cost us in terms of trust and relationship-building.

It was just about 25 years ago when I landed my first big meeting with a very senior leader. I cold called him via FAX (I know … but it was the early 90s). He was a government exec whose name appeared on book covers and conference marquees. I was 26 years old, working for an IT consulting firm with a substantial practice in his area of expertise. And I had an idea.

I contacted the exec because I truly believed that the best practices my company was developing in the realm of knowledge management could be helpful. His admin replied to my FAX and offered me a meeting time. I was elated!

And then a few weeks later I was deflated.

I had some specific ideas about how the meeting should go. I envisioned it as a conversation—an opportunity to explore. He’d share more about the challenges in his world. I’d share what we were learning as a result of our investments in knowledge management, and anything else that would be helpful. We’d generate ideas together. And then we’d go from there … or not. I wasn’t thinking dollars, contracts, or specific gains for my company.

Things went awry when I began to doubt myself, long before the meeting actually took place. I carried the FAX reply into my VPs office to celebrate, and as I walked down the hall, I started to tell myself things like, “You’re in over your head” and “He (the VP) will know what to do next.” So, I asked him to come to the meeting with me, and to guide me in my prep.

My VP directed me to create a pitch deck that ended up being about 30 slides, and I complied. He had so much more experience than I did with these things—surely this was the way to go? He also suggested I be sure to bring a copy of the government exec’s latest book so I could get his autograph.

The day came and we three met. It was my first time in the Old Executive Office Building, next to the West Wing of the White House—kinda cool. The government exec and I shook hands and I got his autograph from the start. To this day it takes me about a half a second to access just how gross the autograph part felt, not because I was reluctant to show respect and appreciation for his work, but because I just didn’t like the dynamic it created. From the start, I felt like a giddy schoolgirl instead of a dialogue partner.

Then I walked the government exec through our presentation, during which my VP and I talked at him. A lot. “Spewed” is the word that actually comes to mind now.

The government exec got bored pretty fast. I felt it happening. I didn’t course-correct.

When we finally gave him a chance to speak, he was very clear that he was a policy guy with zero budget, and we were barking up the wrong tree.

The “discussion” pretty much ended there, and it was the last time we ever met.

There are a lot of lessons in this story, but the one I’m most present to as I write this is the importance of having the courage to trust and follow your own instincts. I don’t mean your baser-level instincts, which are borne out of fear; I mean the inspired ideas that are sourced by something more evolved and powerful. I now have tried and true research and frameworks and experience to back the ways I was initially inclined to run the fateful meeting; back then I just had a hunch.

My recent focus on women and trust-building has me wondering if this is historically a bigger challenge for women. It seems likely, but I’m not sure as this is a new lens for me to be looking through.

Ron Ashkenas, coauthor of Harvard Business Review Leader’s Handbook, wrote in a 2012 HBR article called “Learn to Trust Your Gut” that people in general are programmed early on to defer to authority. The result, he says, is a tendency to “disregard our internal compass and follow along, even when the data tells us otherwise.” So maybe it’s more of an authority issue than a gender issue? Or maybe women tend to defer to authority more than men?

Either way, I’m clear twenty-five years later that there is a lot of room in business for things that seem squishy but really aren’t, like instincts, intuition, “inner voice,” and trusting your gut.

At least that’s the hunch that led to me share this story with you.

A variation of this post was originally published on forbes.com.

This week, notice what your “inner voice” guides you to do, and notice when you listen and when you don’t. (And if you can’t hear it, consider strategies to help it emerge.)

Watch a quick and profound trust tip on managing blame and responsibility, from our friends at Trusted Advisor Associates (Trust Tip #7), or brush up on why listening is the key to influence in Chapter 3 of The Trusted Advisor Fieldbook.